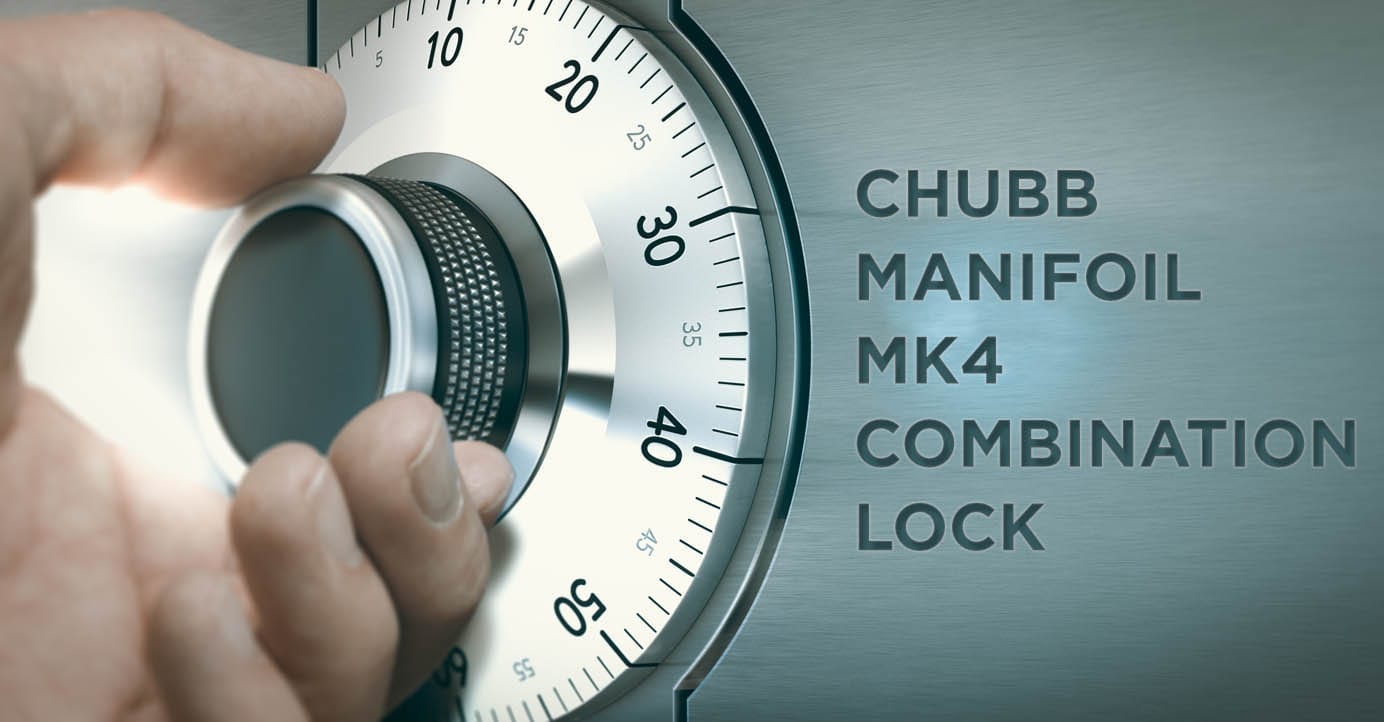 Even though there are four numbers in the combination, only three are relevant and settable. The fourth is fixed and will always be 0 for a right-swinging lock or 25 for a top-swinging lock.

You will require a key when securing a combination on an Manifoil mk4 lock. This change key is unique to a Manifoil MK4 and it is inserted through the small covered flop on the back of the lock cover.

A guide is set to follow when changing a Chubb Manifoil MK4 combination lock.

The Chubb Manifoil Dial lock has (4) combination numbers and the first (3) numbers are re-settable by the user whilst the (4) number is fixed and cannot be changed.

To open a Chubb manifoil MK4 lock , dial the lock as follows to open.

If whilst dialing numbers you accidentally go past numbers you need to start the entire sequence again. You cannot turn the dial back to the missed number.

Changing the combination on a Chubb manifoil MK4 lock

There are (4) numbers in the combination, but only (3) are resettable. The (4) last number is fixed and cannot be changed.

Changing the combination is a similar process to the above opening procedure but with the following exceptions.

Please note, forbidden or no-go combination for the 3rd number: –